The notes below are to accompany you, not to guide you. Use a paper map, preferably 1:25,00 (Explorer 245 (National Forest)) 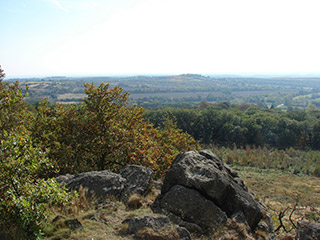 The Ivanhoe Way is one of Leicestershire's long-distance paths, created by Leicestershire County Council and the Leicestershire Association of Parish and Local Councils, to celebrate the centenary of civil Parish Councils in 1994. At 36 miles, it's possible to do in a single day, but in mid-summer if you want to do it all in daylight. it's also possible to do as a series of shorter walks. 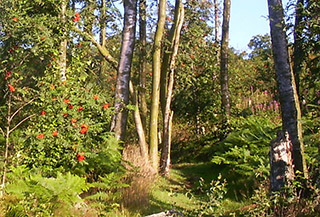 The largest towns the route passes through are Ashby de la Zouch and Measham. They're fairly close together and will be the best places for topping up on provisions. Ashby has a large number of shops and public toilets (at the bottom of the town close to Somerfield supermarket). Ashby may be a convenient place to start / finish, as it has good car parking. 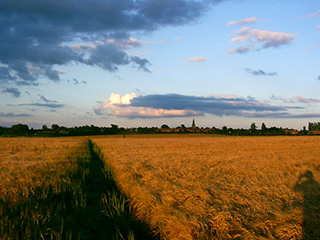 The route is clearly marked on Explorer 245. Pubs en route are also shown on the Explorer map. There's also a good guide available from Leicestershire County Council. This used to cost a pound, but I see that it's now free - unfortunately not available for download - you have to contact them or visit one of their TICs for a printed copy. It's also well worth printing off a copy of their web page as it lists some erata and updates to the maps and leaflet:

As far as I can see, Leicestershire County Council no longer publish any information about the Ivanhoe Way on their website. 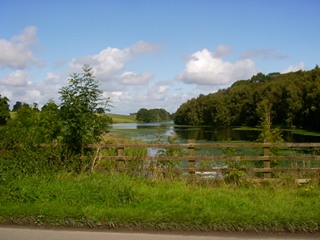 The route passes convenience stores at:

Here are my own comments which I'd add to Leicestershire's list. (Note that LCC's comments are written from the point of view of walking the route clockwise, I've written mine as I walk anti-clockwise.)

blog posts about this walk:

Unlimited listening to thousands of titles: